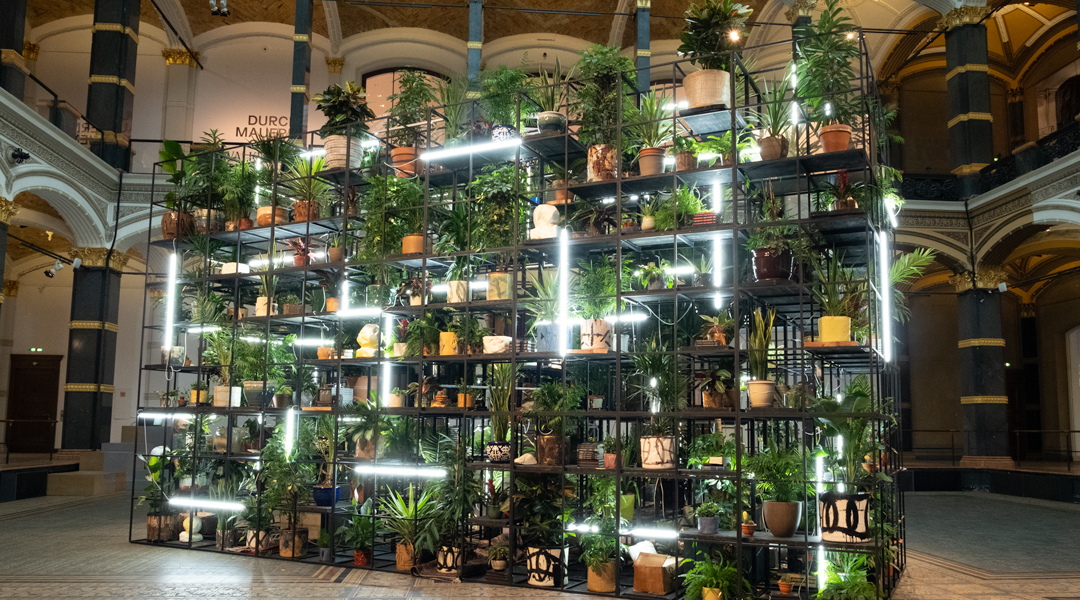 We live in challenging times nowadays. The world somehow seems to separate itself into two distinct political spheres. Nationalists are claiming their "God-given" right to protect their home, properties and fatherland. On the other hand, there are lots of people fighting for a more diverse and cosmopolitan society, a better future for everyone, to mitigate climate change, promote fair trade and freedom for all. I count myself among the latter group of people. Therefore, I truly enjoyed the "Garden of Earthly Delights" show at Gropius Bau Berlin➹. 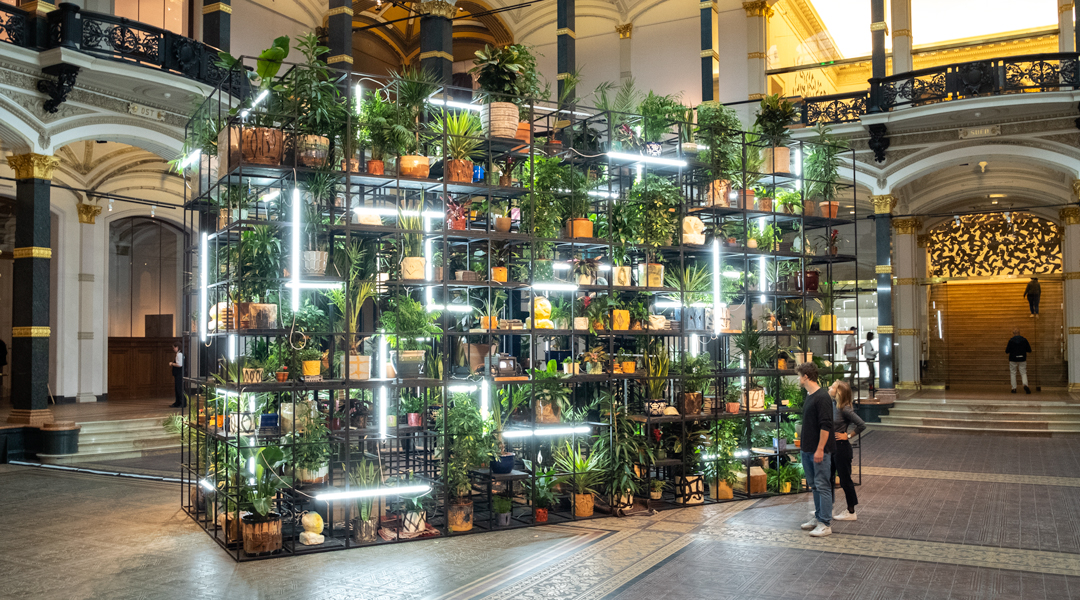 I felt welcome from the moment I entered the foyer – the curators Stephanie Rosenthal have conceived a video installation so beautiful that I couldn't resist stepping closer. Not knowing what it was about, I heard a sound coming out of the speakers in one of the TVs standing on the oversized "Antoine's Organ" installation by Rashid Johnson. The rectangular cuboid made of plants, books addressing black empowerment and other symbols for black identity – like 'Shea Butter Cream' – was an aesthetic revelation structured by a metal shelf. As I approached, I noticed the voice was talking about a situation familiar to me: the challenges of a black person trying to set a lasting mark in this white man's world. It was a woman addressing black people's ability to establish, realize and accomplish goals. The difficulty of finding one's purpose, work towards and be rewarded for it is surely not a uniquely black challenge. But it is undoubtedly worth talking and acting towards a change in our very own way of thinking.

In total, the show felt like a big get-together. Artists from all continents provided their interpretation of the topic, showcasing different aspects of how we use and transform nature, and how it relates to our everyday life. For instance, they addressed contemporary topics like climate change while still managing to create a link to the colonial heritage of the botanical gardens around the world. Furthermore, artists like Yayoi Kusama constructed a dream world with her distinctive colorful dots decorating 360 degrees of the space. "With All My Love for the Tulips, I Pray Forever" was undoubtedly one of my highlights. 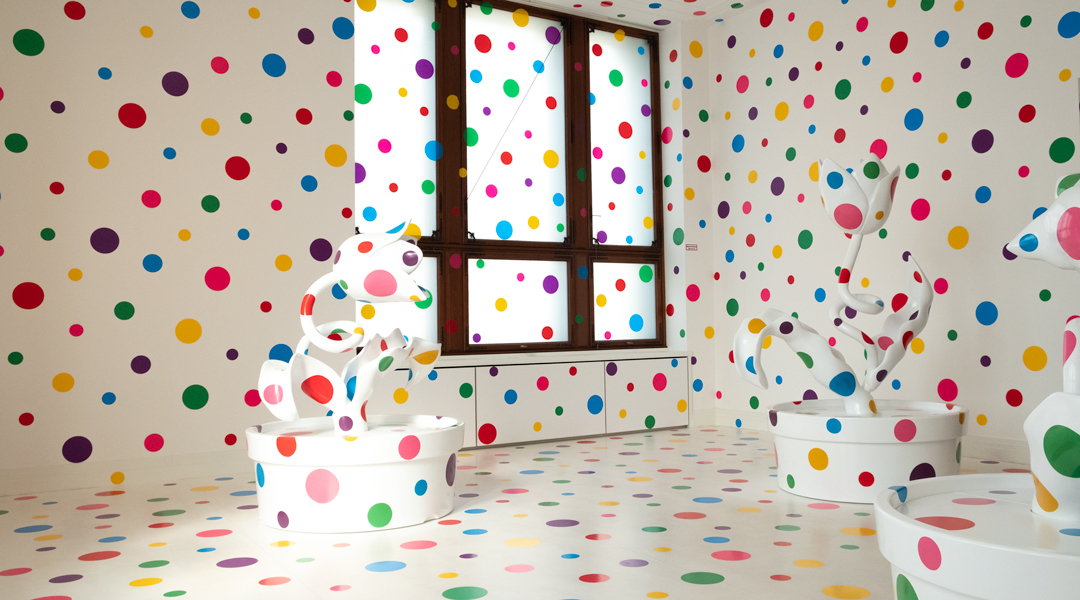 Pipilotti Rist's "Homo Sapiens Sapiens" (2005) took me to another dimension! Never before have I witnessed such a creative, sensual, surreal but still a truthful expression of nudity within an all-natural environment that seems forgotten to an urban soul like mine. They placed the screen for the video installation on the ceiling. Visitors had to lie on the floor to have a comfortable position to view the film. As I already mentioned, the short movie was extraordinary, somehow calming and outrageous at the same time. It transported me into a trance-like emotional existence, where I could dream of an ideal world. Humankind seemed at its raw beginnings; no harm had been done to the environment, other animals or nature. It was a 'do-over', a chance to rewrite everything humans had done so far. On the other hand, it was a rebellious display of greed, sacrilege and boredom – a hunger for an intangible something that could lift humans out of their undesired confinement. 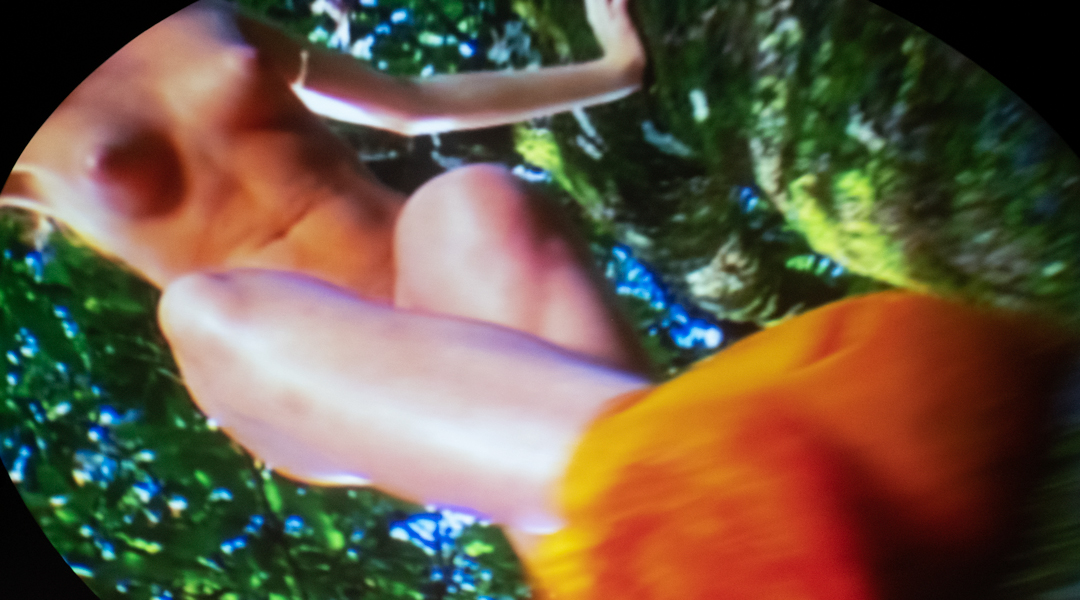 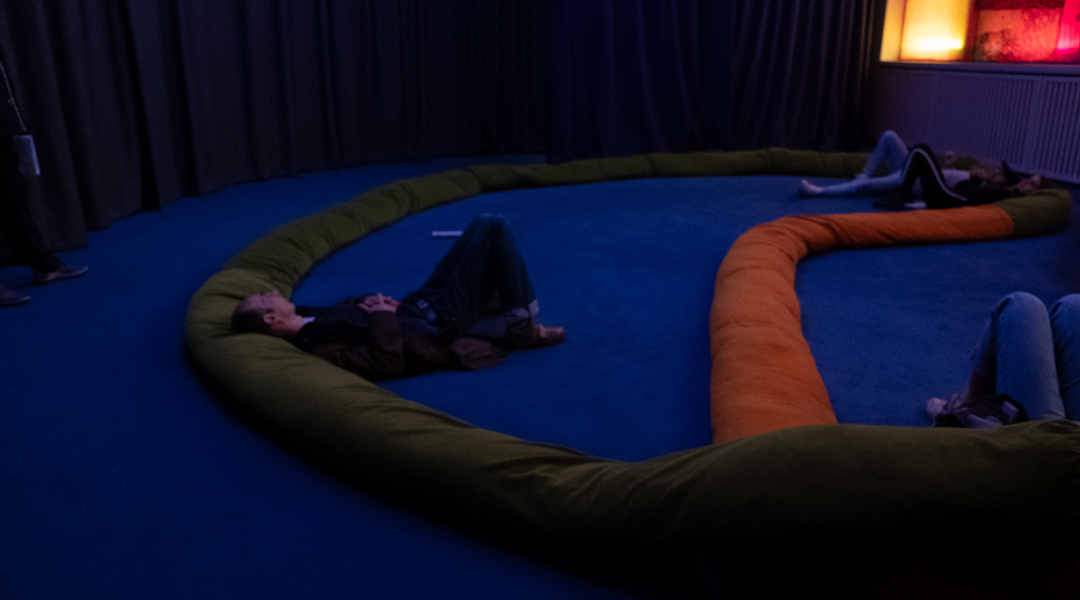 In conclusion, I consider this show-at-large as a blueprint of what the art world is hopefully becoming – or at least where it is headed: a cosmopolitan world with an attitude towards diversity, the willingness to accept different concepts of life, thoroughly and continuously questioning the status quo, displaying and showing a wide range of cultural heritage, talking about issues other than one's own, and creating spaces for audiences to witness. 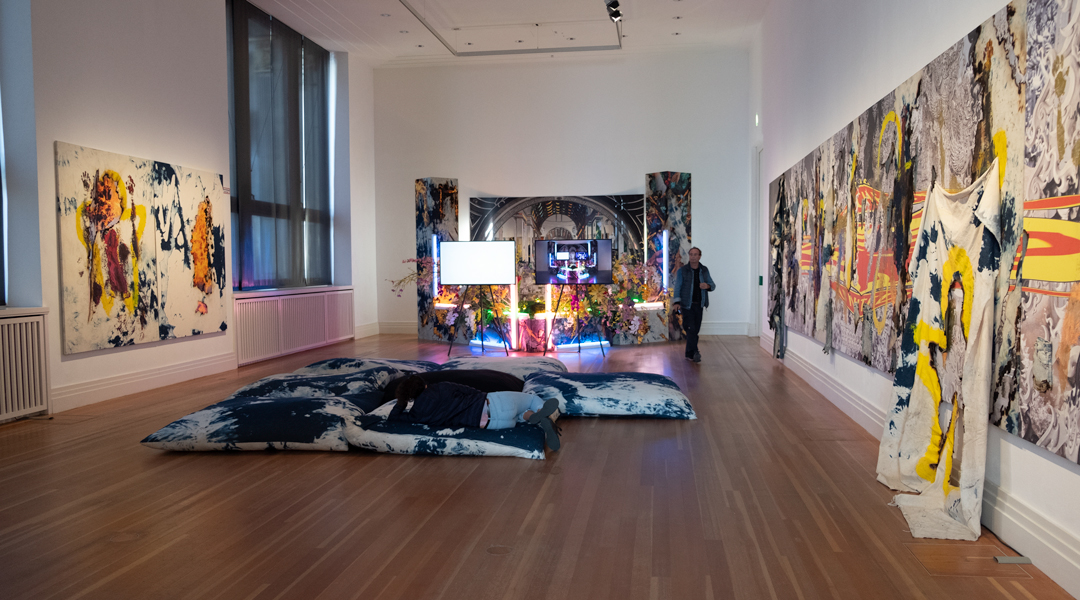 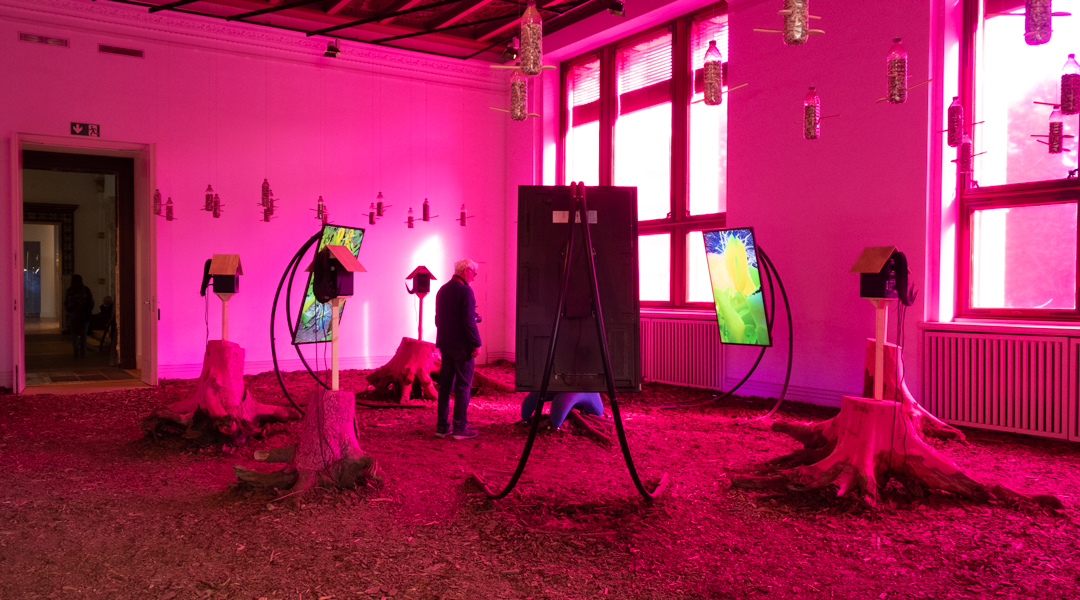