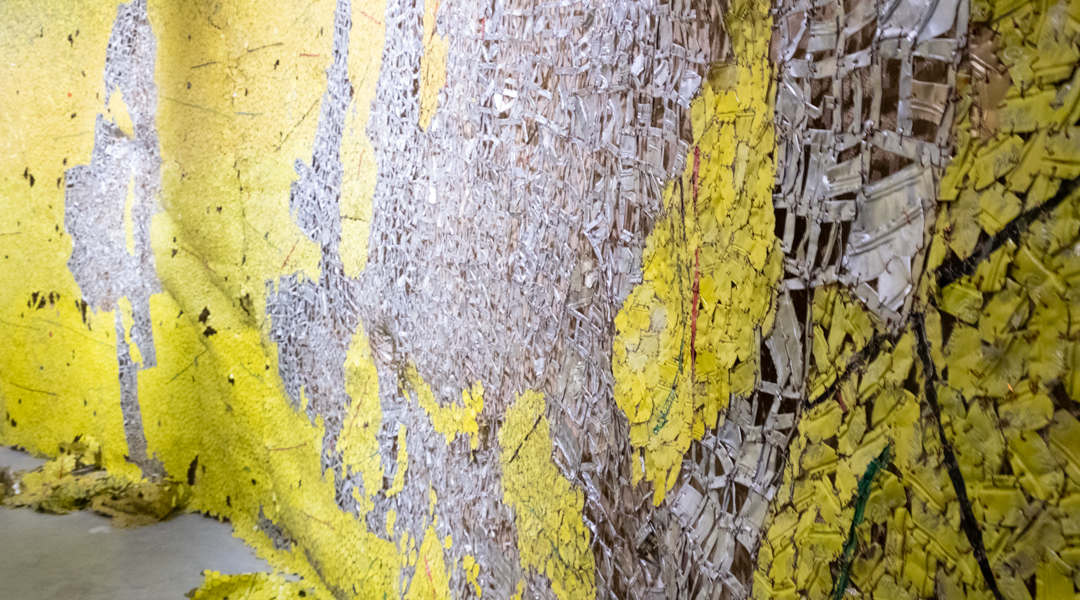 Venice, Venice, Venice! Every two years, an explosion of emotions, artistic expressions and a joyful week on the most extraordinary Island worldwide takes place. This year's edition is an exceptional one for me and everybody with Ghanaian blood running through their veins. It is the first appearance of our beloved great Ghana in its history. Well, let us say since we fought for our freedom and gained it from the British in 1957. It was a new beginning, a new chapter that can only be written by Ghanaians, a start in a bright and delightful future, an ongoing process and a perpetually forward-looking progress.

The masterminds behind this appearance are personalities I admire and respect for a long time. I have been following Nana Oforiata Ayim, the curator of this project, for a while now. She first got my attention when I stumbled over her cultural encyclopaedia project (more info: www.culturalencyclopaedia.org), inspiring me from the moment I witnessed her passion for change, her engagement in the country's upbringing, her determination and passion for changing narratives. I could feel that she intended to spark the minds of the nation and its diaspora, to illustrate Ghanaians in a global context by displaying the beauty behind our struggle. I admire her for that and hold it very high esteem! 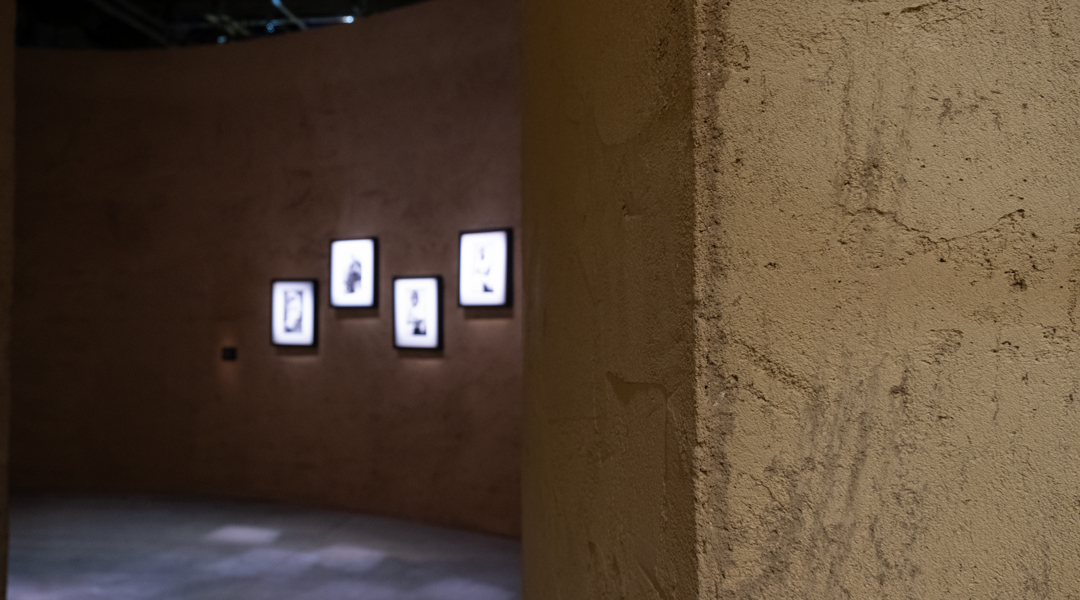 The second person I owe praise is Sir David Adjaye, the architect of the pavilion. Where do I start? I got introduced to Sir Adjaye when I was doing my first internship at an architectural office called DMSW Architects. I was 19 and desperately wanted to become an architect. Back then, I did not know any architect of colour, nor did I have an architect in my family or surrounding. However, that was the path I had chosen for myself. To cut a long story short: It did not end well.

Anyway, Sir Adjaye then became a role model for a young black male. Back then he was not as famous as he is nowadays, so you could barely find any information about him. I found out that he learned his craft at David Chipperfield's office. So, I dug into it and tried to find out as much I could. Just kidding! I didn't! I was young in my adolescence and did not care about anything except having fun and making some money while trying to survive school. Nevertheless, I never lost sight of what Sir Adjaye was doing. When I read that he was elected to build the National Museum of African American History and Culture, I was thrilled and very excited for him and all Ghanaians, in fact, all sub-Saharan African in general. He was and still is visible, a role model in his field. 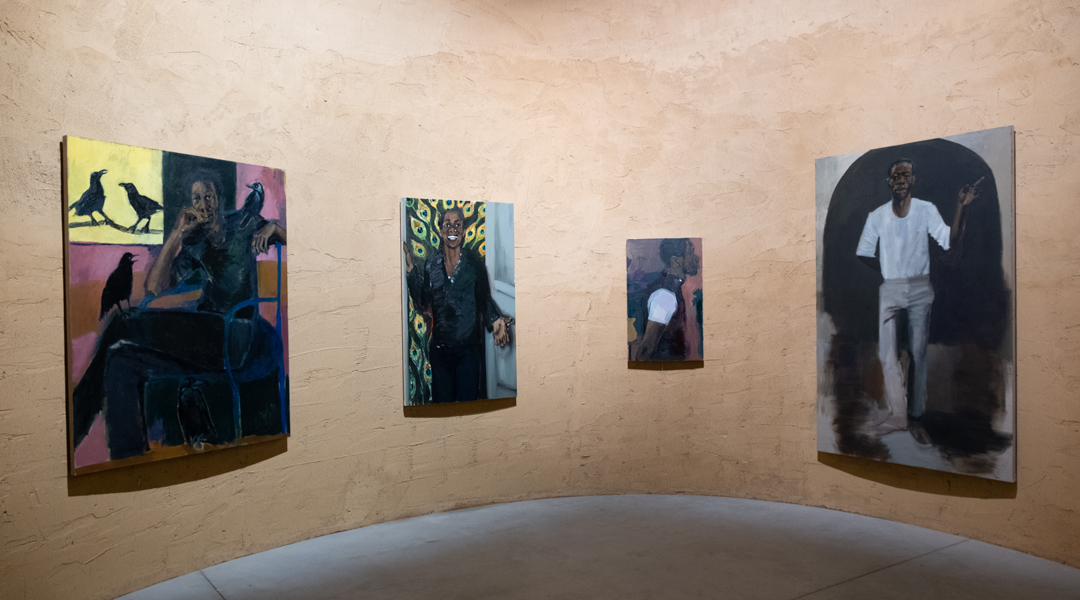 Lynette Yiadom-Boakye is one of the artists participating in the exhibition and an outstanding name in the African Diaspora art world. I have seen her works during the Berlin Biennale 2018 and known them for quite some time now. Her paintings are incomparable to anything I know. It is a mystery to me how she draws in a blurry way and manages to get the facial details across. Sir Adjaye once stated in a talk that simplicity is not necessarily the reduction to white walls in an exhibition space, nor is it a minimum amount of works shown in a room, or a reduction to one or two colours in a painting. That was not his exact tenor; it is my interpretation. I guess Yiamdom-Boakye's works are a perfect example of what I understood about Sir Adjayes teaching.

Lynette's creations appear like snapshots of an everyday situation. The observer nearly gets the impression of being part of the setting. It feels like you could almost guess what is going to happen next or why the portraited characters are laughing, celebrating or sad. Lynette's ability to capture such moments and blend out any other information that could distract from what she is trying to communicate is a form of clarity and purity looking for its peers. I remember getting bad grades in school when I left the background of paintings white or used only one colour. Teachers would always argue that it was not creative and accused me of being lazy. Thank you, Lynette, for showing a young brother that simplicity can reasonably be a statement instead of a lack of energy and enthusiasm! 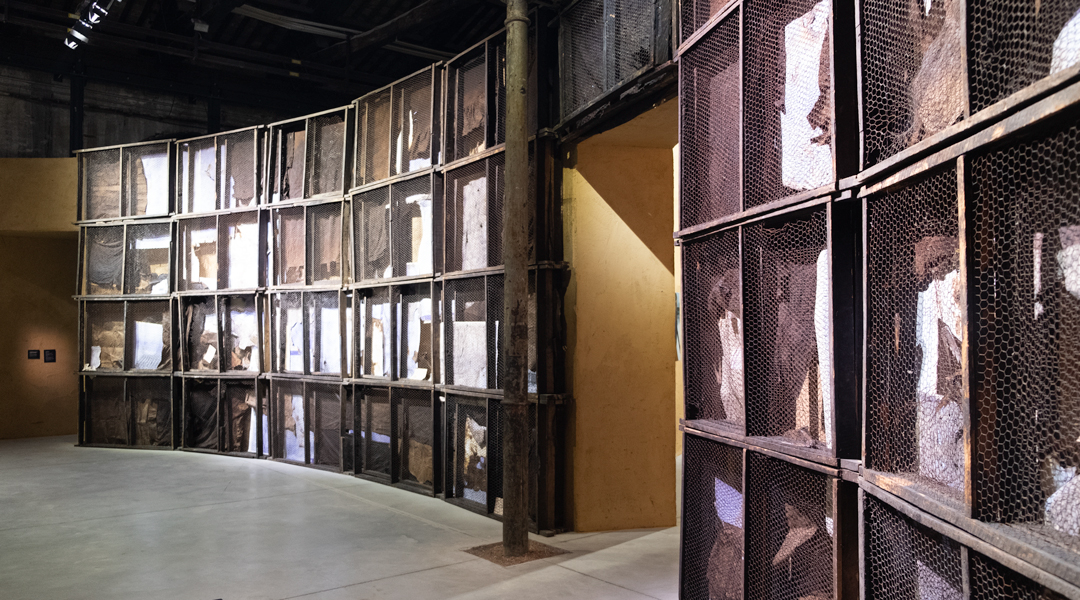 As the list goes on, another artist I met at the Documenta 14 is Ibrahim Mahama. He covered the Torwache in Kassel, where we met accidentally. He was showing his friends and fellow Ghanaians his work, and they were enjoying the bright and delightful sun shining down on us. I went to Kassel to see as many artworks as my brain could absorb and was surprised to see him with his comrades. It was great to have the chance to say hello. Funny enough, we met each other twice in Berlin where he was doing his artists residence at DAAD Berlin.

Mahama's works are extraordinary, as they engage more senses than so few other artists' works do. Not only can you see and touch them, which is somehow obvious I know, but you can also smell the old woods, paper sheets, fishnets and tattered jute sacks. His works are testimonials of a history that seemed to be lost, of the new beginning that the curators are trying to showcase, of the humble beginnings of a young and hungry nation determined to redefine the legacy it wants to leave behind. Furthermore, his art shows the dependencies the country had to deal with and the tremendous work that was and undoubtedly still lies in front of the leaders to educate and prepare younger generations for a new future.

My warmest congratulations to Ibrahim for his recently opened artists run project space "The Savannah Centre for Contemporary Art" (SCCA) in Tamale Ghana (more info: www.sccatamale.org). A ground-breaking start to another future, perhaps. 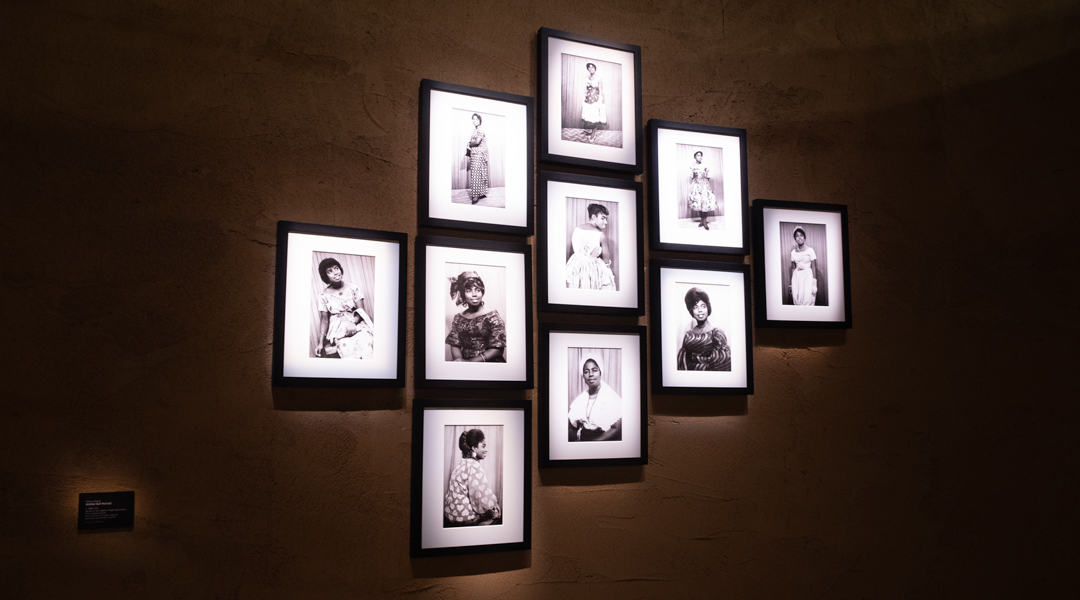 The pavilion and its approach to showcase a diverse range of artists in their various fields, gender and artistic concepts are noteworthy. The organisers chose to display a variety of creative expressions. Starting from the already mentioned paintings by Lynette, the historical artefacts by Ibrahim Mahama, El Anatsui's bottle cap wall sculptures, Selasi Awusi Sosus and John Akomfrah's film productions, and last but not least the portrait photographs of Felicia Ansah Abban.

The two most impressive artworks of the pavilion were the large bottle cap wall sculpture by El Anatsui and the film installation by John Akomfrah. I am going to leave out my impressions on El Anatsuis bottle cap wall. Not out of disrespect, but instead I am going to have a blog article about his current exhibition at Haus der Kunst in Munich soon (July) – so there will be plenty of feelings and emotions to share on him.

Whom I urge to talk about is John Akomfrah, whose video installation blew my mind. I went to the Arsenale twice to see the film for a second time! The video is titled "Four Nocturnes" and touches on various aspects regarding climate change, the fragility of life, the unruliness but still indulgent powers of mother nature, the current miserable state of many Africans, men and women, who are leaving their countries through the desert in the hope of a better life somewhere else. Also, the film covers the occupying colonial forces and the harm they inflicted on African ground. Lastly, John Akomfrah illustrates Ghana's peaceful and lawful fight to liberate itself from the tie of British colonisers by showing Dr Kwame Nkrumah in his office and his speech on the 6th March 1957, our Independence Day.

Usually, when I visit a video installation, the visitors use to come in, stay for a minute or two and leave. It was different with John! The audience came, stayed, paid attention and felt deeply affected. You could witness the silence and excitement in the air. I guess the installation captured the audience because it touches on universal emotions that concern us all. Shame, grief, sorrow, anxiety, joy and pleasure, hope, desire and aspiration all at once, so it seemed. I sat there in the room and could not even capture what I was feeling. My eyes glued to the three screens, switching from one to the other, trying to understand, trying to sort things out, trying to take back control of my mind and wanting to file what I was witnessing. While I am writing this text, I am still not capable of giving you my very own emotional conclusion. Maybe there shouldn't be any conclusion. Perhaps it has sparked something in me, and I'm supposed to figure it out. I do not know! What I do know is that this film had a tremendous impact on me and my life ahead.

It is needless to say that I am very proud of Ghana's first appearance at La Biennale di Venezia (I just did, I know). Ms Oforiata Ayim and her colleagues did a great job showcasing a great nation at the peak of its uprising. It is a pleasant feeling to see so many Africans in the motherland and the diaspora contributing and making an effort to establish their culture on a global and cosmopolitan platform. Another aspect worth mentioning is the fact that this African nation is finally claiming its talents and masterminds for itself. No longer should any writer, news broadcasting station or moderator state that these artists are British artists. They are not! They are Ghanaian artists with British influence as so many other Ghanaian in Ghana and the diaspora are. The future is yet to build! We are ready and willing to create a legacy that will serve our very own needs and desires by sharing our struggle, accomplishments, failures, dreams and aspirations in a way that suits our reality. They say beauty lies in the eyes of the beholder, but it is on us to create the view or perceptions we want to share!